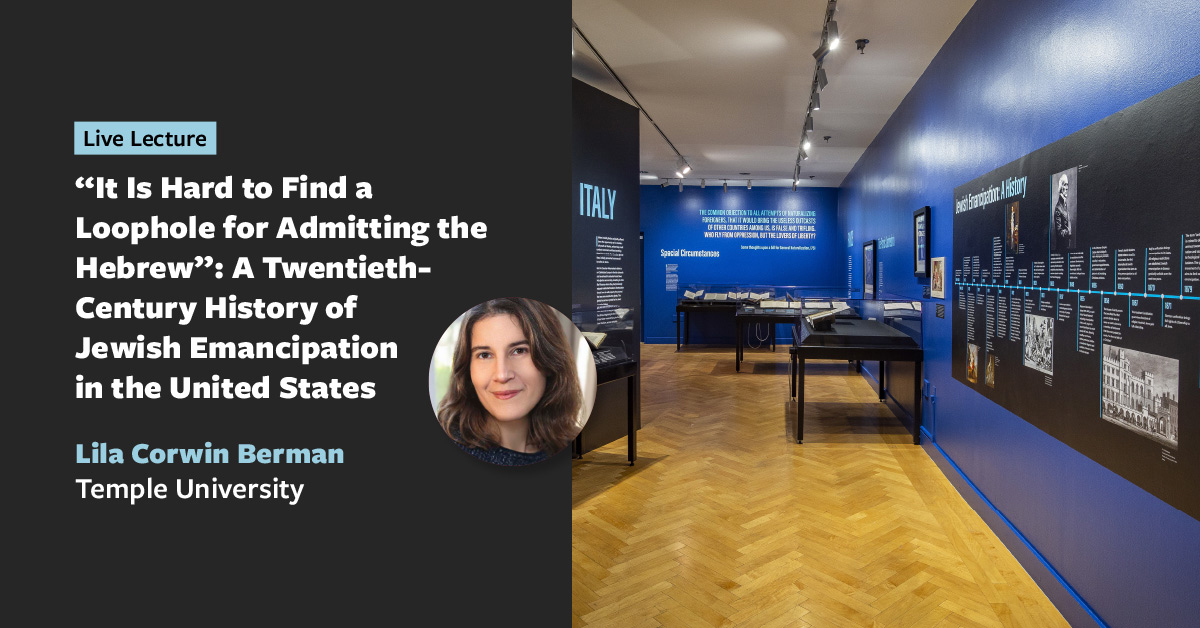 Historians have long assumed that Jews in the United States were simply emancipated upon arrival. Yet this claim has occluded ongoing struggles for emancipation that endured throughout the twentieth century and that placed American Jews in contingent relationships with other groups seeking the full rights of citizenship. Bereft of the history of American Jewish emancipation, a whole field of study has been perilously isolated from modern Jewish history and from US history. In this talk, Lila Corwin Berman (Temple University) examines history and the consequences of its neglect.