Once We Were Slaves: The Extraordinary Story of a Multiracial Jewish Family

An obsessive genealogist and descendent of one of the most prominent Jewish families since the American Revolution, Blanche Moses firmly believed her maternal ancestors were Sephardic grandees. Yet she found herself at a dead end when it came to her grandmother's maternal line. Using family heirlooms to unlock the mystery of Moses's ancestors, Once We Were Slaves overturns the reclusive heiress's assumptions about her family history to reveal that her grandmother and great-uncle, Sarah and Isaac Brandon, actually began their lives as poor Christian slaves in Barbados. Tracing the siblings' extraordinary journey throughout the Atlantic World, Leibman examines artifacts they left behind in Barbados, Suriname, London, Philadelphia, and, finally, New York, to show how Sarah and Isaac were able to transform themselves and their lives, becoming free, wealthy, Jewish, and--at times--white. While their affluence made them unusual, their story mirrors that of the largely forgotten population of mixed African and Jewish ancestry that constituted as much as ten percent of the Jewish communities in which the siblings lived, and sheds new light on the fluidity of race--as well as on the role of religion in racial shift--in the first half of the nineteenth century.

Ticket Info: Free; register at forms.office.com for a Zoom link 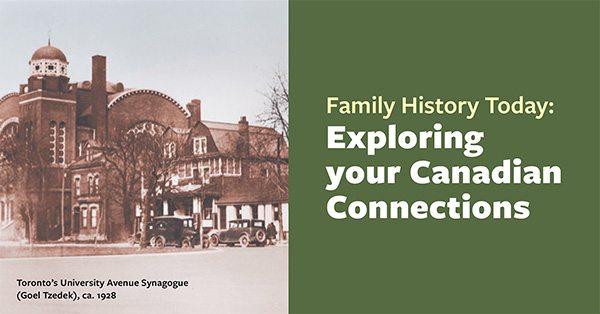 Did your ancestors pass through Canada on their way to the U.S., or did a branch of your family settle in Canada? It’s fairly common for American Jews to have some Canadian connections in their family. Bill Gladstone, a professional genealogist, publisher, and author based in Toronto, will provide an overview of major resources for Jewish genealogy research in Canada, including censuses, naturalizations, immigration records, border crossings, and city directories.

This program is sponsored by the Ackman & Ziff Family Genealogy Institute at the Center for Jewish History. It is funded, in part, by public funds from the New York City Department of Cultural Affairs in partnership with the City Council.

Ticket Info: Pay what you wish; register at programs.cjh.org/tickets/family-history-today-2021-08-12 for a Zoom link 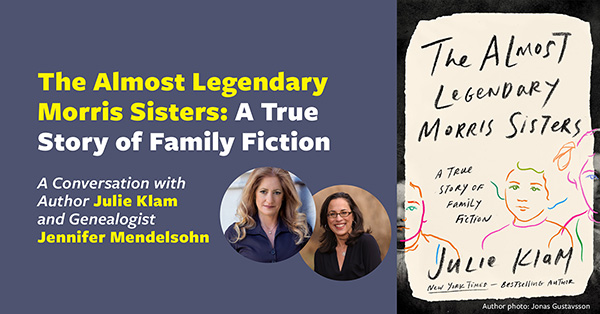 Ticket Info: Pay what you wish; register at programs.cjh.org/tickets/almost-legendary-2021-08-18 for a Zoom link

First published in serial form in 1914 in the periodical Die Weißen Blätter, The Golem was published in book form in 1915 by Kurt Wolff, Leipzig. The novel centers on the life of Athanasius Pernath, a jeweler and art restorer who lives in the ghetto of Prague. But his story is experienced by an anonymous narrator, who, during a visionary dream, assumes Pernath's identity—but as he thirty years before. This dream was perhaps induced because he inadvertently swapped his hat with the real (older) Pernath's. While the novel is generally focused on Pernath's own musings and adventures, it also chronicles the lives, the characters, and the interactions of his friends and neighbors. The Golem, though rarely seen, is central to the novel as a representative of the ghetto's own spirit and consciousness, brought to life by the suffering and misery that its inhabitants have endured over the centuries. Through the novel, the narrator's own mental health and memories come into question. If you are a fan of the dark, atmospheric works of Kafka or Poe, The Golem is likely for you!

About Gustav Meyrink
Gustav Meyrink (1868 - 1932) was the pen name of Gustav Meyer. An Austrian author, novelist, dramatist, translator, and banker, he is most famous for his novel The Golem. He has been described as the "most respected German language writer in the field of supernatural fiction". He studied theosophy, Kabbala, Christian Sophiology and Eastern mysticism. Until his death Meyrink practiced yoga and meditation. Results of these studies and practices are found in Meyrink's works, which almost always deal with various occult traditions. He was also a member of the Hermetic Order of the Golden Dawn, a spirituality and occult movement, in London. Fired from his job in banking after it was discovered he was consulting the spirit world to make financial decisions, he moved full time into translating and writing—The Golem came out only a few years after he was arrested and imprisoned for his behavior at the bank. During his life Meyrink lived in a number of places in German-speaking Europe, most notably spending 20 years in Prague. In 1927 he converted to Buddhism. Meyrink was not Jewish, but was assumed to be so by many of his readers and even close associates. During the Nazi period his work was banned as being "Jewish" or "Jewish influenced."

Ticket Info: Free; register at eventbrite.com for a Zoom link 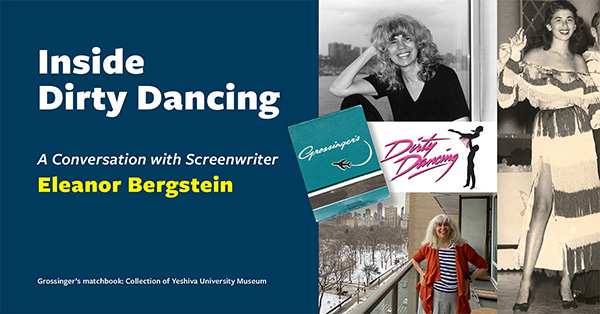 Eleanor Bergstein was a teenage mambo queen whose family summers at Grossinger’s inspired her screenplay for Dirty Dancing, the 1987 film set in a Catskills resort in the summer of 1963. The first film to sell more than a million copies on home video and the source of two multi-platinum albums, Dirty Dancing is beloved by multiple generations of fans, and still resonates with contemporary audiences some 34 years later. Eleanor Bergstein will share stories from her life and behind-the-scenes anecdotes from the creation of the film and stage musical, as well as insights into Dirty Dancing’s enduring popularity.

Ticket Info: Pay what you wish; register at programs.cjh.org/tickets/inside-dirtydancing-2021-09-14 for a Zoom link 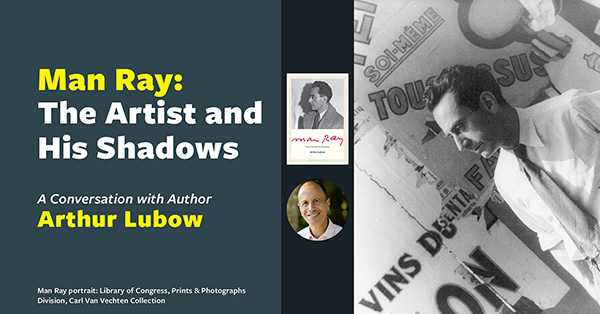 Man Ray (1890–1976), a founding father of Dada and a key player in French Surrealism, is one of the central artists of the 20th century. He is also one of the most elusive. In this new biography, journalist and critic Arthur Lubow uses Man Ray’s Jewish background as one filter to understand his life and art. How did the son of Russian Jewish immigrants become one of the most radically original maverick artists of his time?

Ticket Info: Pay what you wish; register at programs.cjh.org/tickets/man-ray-2021-09-23 for a Zoom link