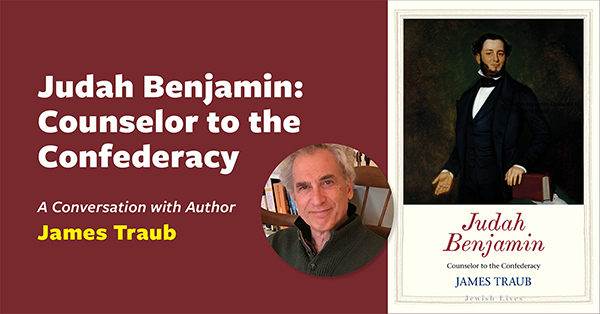 Judah P. Benjamin (1811–1884) was a brilliant and successful lawyer in New Orleans, and one of the first Jewish members of the U.S. Senate. He then served in the Confederacy as secretary of war and secretary of state, becoming the confidant and alter ego of Jefferson Davis. In this new biography in the Jewish Lives series at Yale University Press, journalist and scholar James Traub grapples with the difficult truth that Benjamin, who was considered one of the greatest legal minds in the United States, was a slave owner who deployed his oratorical skills in defense of slavery.

Ticket Info: Pay what you wish; register at programs.cjh.org/tickets/judah-benjamin-2021-10-20 for a Zoom link