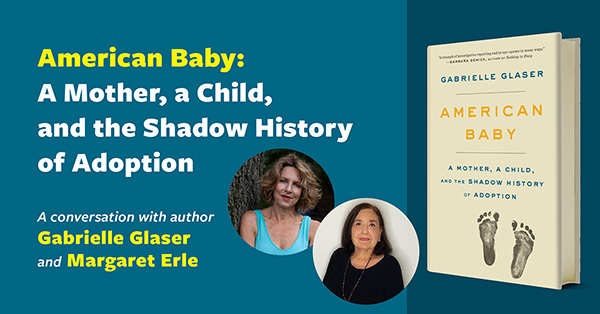 During the Baby Boom in 1960s America, women were encouraged to stay home and raise large families, but sex and childbirth were taboo subjects. Premarital sex was common, but birth control was hard to get, and abortion was illegal. In 1961, Margaret Erle, a 16-year-old daughter of German-Jewish immigrants in Washington Heights, became pregnant after her first sexual encounter with her high school sweetheart. Her scandalized family sent her away to a maternity home run by Louise Wise Services, a prominent Jewish adoption agency in New York City, which was tasked with placing Jewish adoptees. After she gave birth, Margaret wasn't allowed to hold her own son, and social workers threatened her with jail until she signed away her parental rights. Though Margaret went on to marry and raise a large family with the baby’s father, she never stopped longing for and worrying about her firstborn. Adopted by Holocaust survivors, the child spent his early life mere blocks from his biological parents, later became a renowned cantor, and finally found his birth mother mere months before his own death from cancer.

Claiming to be acting in the best interests of all, the adoption business was founded on secrecy and deception. Louise Wise and the other agencies that purported to help pregnant women struck unethical deals with doctors and researchers for pseudoscientific "assessments," and shamed millions of young women into surrendering their children. In American Baby: A Mother, a Child, and the Shadow History of Adoption, author Gabrielle Glaser dramatically demonstrates the power of the expectations and institutions that Margaret faced. Gabrielle and Margaret will discuss this story of loss, love, and the search for identity.

Ticket Info: Pay what you wish; register at programs.cjh.org/tickets/american-baby-2021-07-22 for a Zoom link